History of Helping You

In 1945, Gordon Fewell purchased a Firestone store that also sold monuments located on McClain Avenue in Scottsburg, Indiana. This then became the first location for his business and named it Fewell Monument. The business would later be passed down to his son Terry.

In 1994, Fewell Monument, with the idea of creating more retail business, bought its first laser machine from Cochran’s in Barre, Vermont. With this machine, the business remained unchallenged for many years allowing Fewell to become an industry leader in laser technology. Creating a niche in the market, Fewell earned a reputation in creating the highest quality laser etchings.

In 2000, Fewell Monument outgrew its facilities on McClain Avenue and purchased a new plant for its manufacturing operations. Just two years later, an addition was made to that facility due to the continued growth of the Fewell Monument business.
In November of 2010, Terry was diagnosed with pancreatic cancer and began looking for a qualified buyer who could bring in new energy and capital to the company and take it to the next level. The tradition of quality was important to Terry and with confidence he sold the business to Bruce Buchanan, owner of the Buchanan Group based out of Indianapolis on October 1, 2011.

A year after the sale was final, Buchanan Group purchased and renovated a building on Gardner Street in Scottsburg, IN. The new location, with a newly renovated building has helped further grow the business. Fewell Monument will prosper for many more generations to come! 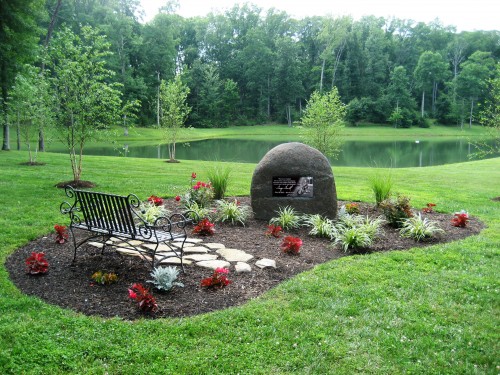 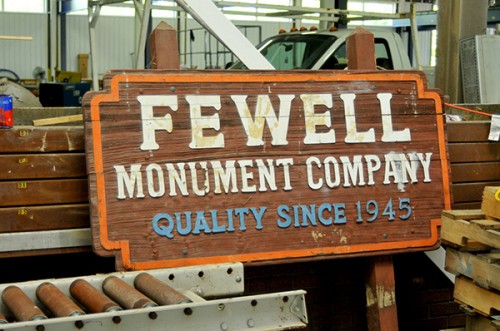